The Lost World of Snowbaord 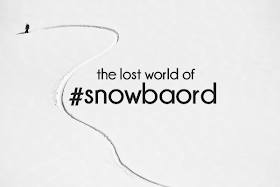 The one thing that's had the largest effect on snowboarding in the last few years has been the rise of the internet. By that, what I mean is the rise of the internet and it's keyboard-mashing hordes has directly effected the word 'snowboard'. Never before has one word been spelled so many different ways by so many different people. Today we take a look at what happens to some of those sad misspelled snowboards after they are launched from Twitter into the unwelcoming abyss of the interweb...


Here's where we found that picture we shared on the Twitter and Facebook the other day. Just one dropped 'r' and this great picture was almost lost for all time before we were lucky enough to be able to rescue it...

My new snowbaord came today @Lobster_snow so stoked and can't wait to break it in! pic.twitter.com/stQElx66CR
— samuel hurlock (@FLEXsamuel) September 4, 2014

The rare sight of a wild snowbaord before it was tamed into becoming just another snowboard.


We've got a Celebrity Snowboader - It's former professional footballer...


At Battersea Power Station today....hope i don't have to snowboad, can't do it, post some pictures later
— Mark Bright (@Mark__Bright) October 30, 2009

& and a Celebrity Snowbaorder - It's former Red Dwarf robot...


@Lopsi Tell me about it. he has got a coat on now, he's still outside making a mahussive snowbaord jump. Place full of kids
— Robert Llewellyn (@bobbyllew) February 5, 2009


This is a section we'd like to call: People who should know better...

Looking forward to seeing Signal make a Snowbaord next Every Third Thursday. Toughest challenge yet.


These guys got a little bit needy with their attempts to get some extra coverage. Sadly their spelling didn't improve and the great Shaun White wasn't able to give his seal of approval.

Learn to Ski or Snowbaord for just £169! Treat yourself or get one of our gift vouchers for a perfect Christmas gift! http://t.co/VkfKxttO
— The Snow Centre (@the_snowcentre) December 9, 2011

£169 to learn to snowbaord with the added benefit of being the only person on earth to master it.

Too fucked-up on energy drinks to spell.

Looking to get new ski & snowbaord clothing this winter? Here's how to get it right via @ALLTRACKS http://t.co/UvfGpI7Zg8 #ski
— Iglu Ski (@Igluski) October 29, 2014

There were no winners

Who went to the Snowboad Expo?


And finally there's these guys


No surprise they got it wrong. What a bunch of cnuts.

And that's Twitter done. Next time we'll take a look at the rest of the internet, then of course, there's this guy's whole life... 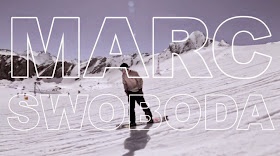