The First Edition of Blunt Magazine - What was all the fuss about? 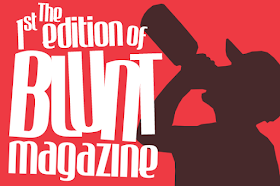 In the early 90's Ken Block (him of the spinny cars) and Damon Way, decided to use the shotgun approach to entrepreneurism and start-up every company. Within a few years they'd created Eightball clothing, Type A Snowboards, Droors clothing (which later became DC Shoes) and Blunt Magazine. Blunt ran from 1993 until 1998, when it was closed by the then owners Larry Flynn Publications (him of the porn), because it was a little too edgy for them. We've managed to get hold of the first edition to take a look at why this mag is so fondly remembered in the misty water-coloured memories of a generation of snowboarders...

To start things off, and to save me having to write 'n' shit, here's a short retrospective to give things some context.

And without further ado, here's the first mag. Click on the images to embiggen them. 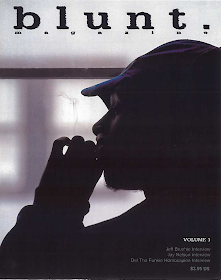 Later editions featured pictures of snowboarding on the front so punters had some idea of what they were buying. 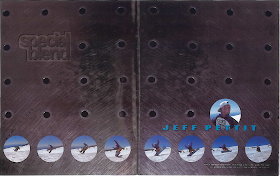 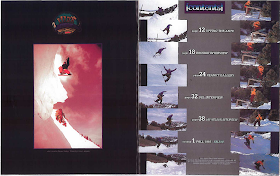 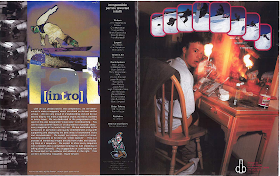 Nice version of the Division 23 logo 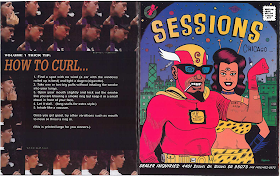 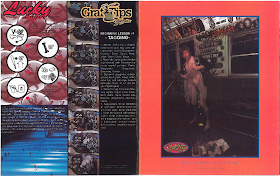 Joyride come straight in with a ad featuring a pissing tramp. 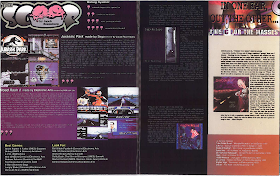 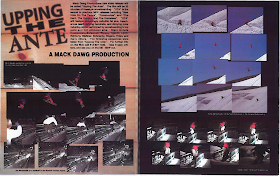 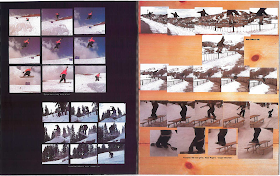 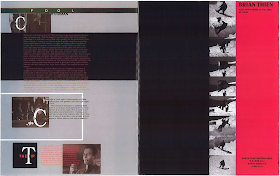 Pool tips didn't go on to be a regular feature. 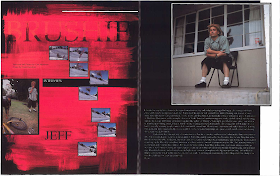 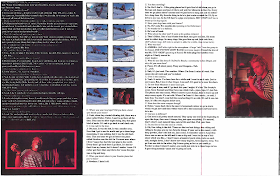 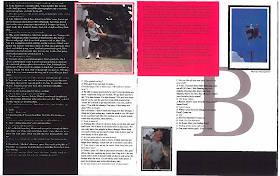 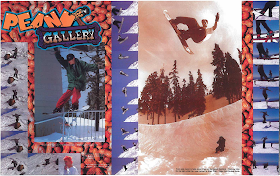 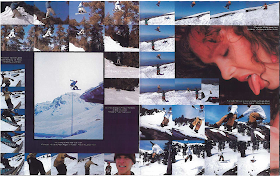 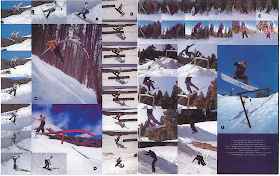 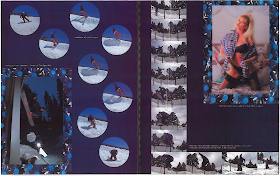 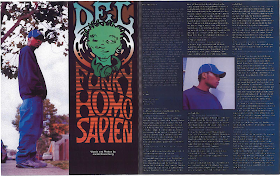 There's a lot of words in this article. I didn't read them 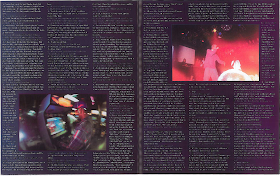 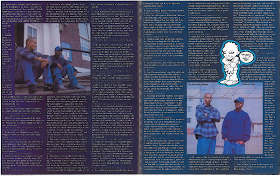 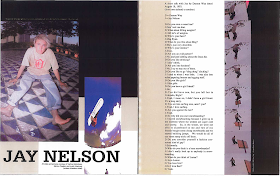 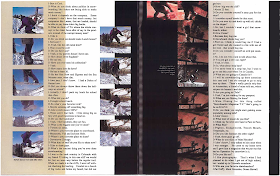 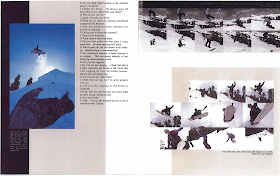 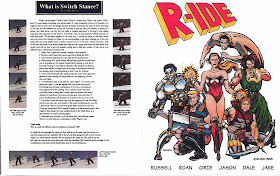 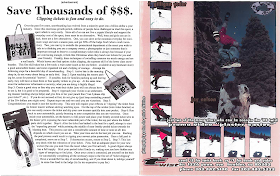 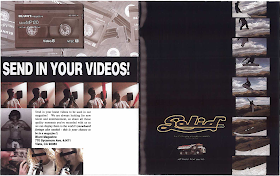 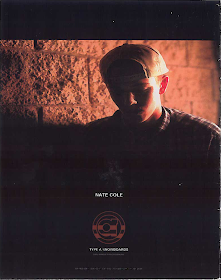 And there it was.

Like everything, Blunt developed over time with more ideas getting crammed into each edition, and snowboard photography replacing the "video capture" style that dominated the first edition. Here's a man called Onion looking through a later edition...

Mr Onion is pretty sad that there's no snowboard magazine like this today and that he can no longer send letters to them demanding upskirt shots of their employee's. But I don't think he needs to pine much though, because what once was only available in Blunt Magazine is now available in overwhelming doses. What was a memorable occasional novelty to snowboarders of the 90s is now the daily reality of the world wide web and this type of content exploded at roughly the time that Blunt closed it's doors. The only real difference is that it's now rare to see misogyny and porn mixed in with the snowboarding content, but them all that's always just a short bookmark away if it floats your boat.

When Thrasher Magazine Did Snowboarding