That's it, That's all Folks 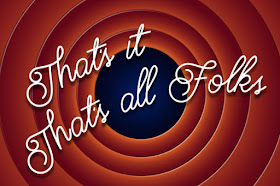 You might have noticed that things have got more than just a little sporadic round here. I'm out. Here's why...

Seven years ago I decided to see what would happen if I switched off my television set and did something less boring instead [80's British children's TV reference alert]. I figured I'd use the time I saved and try my hand at being a bloggist.

There's a ton of amazing things happening around the world of snowboarding (and the bonkers world of t'interweb) that isn't usually covered by the standard snowboard press, and seeing as no one else was unearthing it, I figured I'd just have to do it myself.

A long time later, after a whole lot of writing, trouble making and colouring-in, things have reached some sort of natural conclusion here. I've enjoyed it all, learned a whole lot, met some great people and discovered some really strange things about snowboarding, before I accidentally dealt the killer blow to Whitelines Magazine... 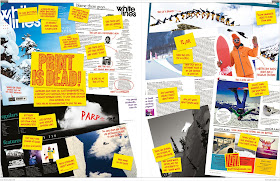 [click to embiggen]
That was the first spread I wrote for Whitelines last season, and what turned out to be the final season of the print version of the mag itself. My bad.

And now, because I've clearly reached freaky witchcraft levels of blogging power, I have to stop immediately for everyone's safety.

OK, truth be told, getting into print was one of the ambitions I had for this little sideline and last season in Whitelines pretty much scratched that little itch. I never had an ambition to turn the blog into a business, or end up working in the medja (I've got a very nice job outside all this), it was all just for shits and giggles (and the occasional free holiday) and after covering all manner of things it's time to bow out before this becomes repetitive and formulaic.

I'll now be using that extra no-TV time to work on a few other projects. If anyone wants a veritable shit-ton of unfulfilled content ideas, let me know. Feel free to steal any of the ideas I had on this blog and adapt them as your own. If there's anything I can help with give me a shout. I'll leave the blog live because it's on Blogger, costs me nowt, and I like to laugh at my own weak puns.

Thanks to everyone who enjoyed reading the blog and have a good season.

P.S    My one regret is that RuRoc never followed-through with producing this snowboard I kindly designed for them last season during one of our annual Internet discussions/fights which they promised to make. 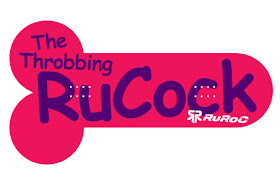 Who would have figured those guys would turn out to be bullshitters?