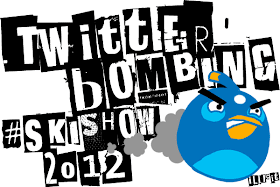 Illicit went to the Ski and Snowboard Show and had a go at live tweeting the experience. For those of you that missed it, here's how it went... 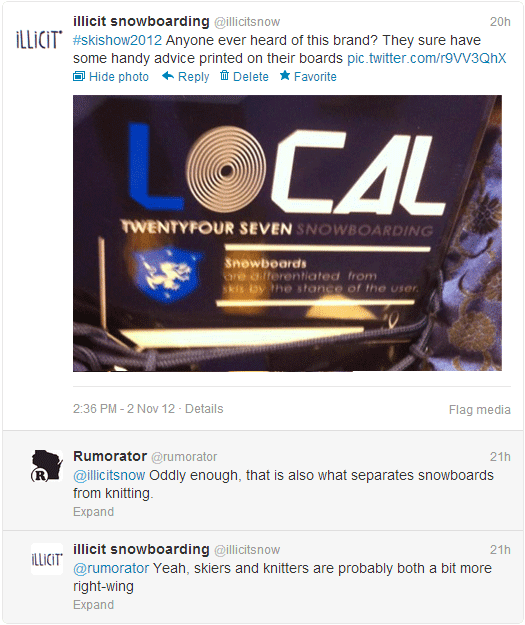 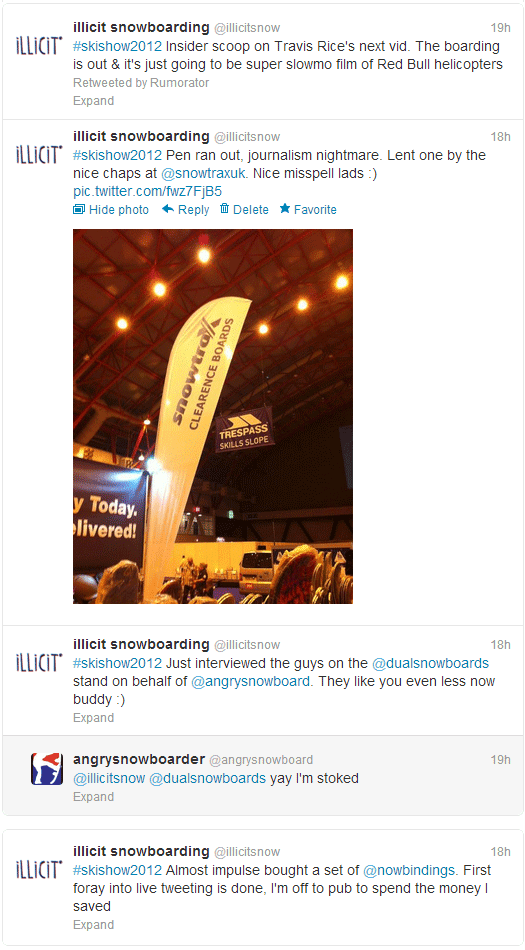 Here are a few things I also found out but didn't get round to twittering:


Sadly, despite spending hours loitering in the men's toilets, I was unable to sight the evasive and legendary ski show shit, but there's always next year.